Yoga and Our Aging Brains

Our brains, like the rest of our bodies, change as we grow older. For some, brain changes trigger the onset of dementia or Alzheimer’s, significantly impacting their quality of life. Happily, research increasingly reveals how yoga serves to bolster parts of the brain most affected by aging.

Before we dive into how yoga impacts the brain, let’s take a brief look at the ways in which the brain changes as we age.

First, some minor shrinking of brain tissue occurs starting around the age of 60-70. Shrinking occurs particularly in the frontal lobe and hippocampus, two brain regions involved in higher cognitive function and the encoding of memories. As neurons gradually shrink, connections between them are reduced. Additionally, the cerebral cortex, or outer-ridged surface of the brain, begins to thin due to declining synaptic connections. Fewer cortical connections may contribute to slower cognitive processing.

Next, researchers think shrinking also occurs in the brain’s white matter. White matter consists of myelinated nerve fibers that are bundled into tracts and carry nerve signals between brain cells. Age-related dwindling of myelin results in slower processing and reduced cognitive function. Studies suggest that older brains generate fewer chemical messengers, or neurotransmitters such as dopamine and serotonin. Scientists believe that reduction in these neurotransmitters plays a role in cognition, memory and depression as we age. 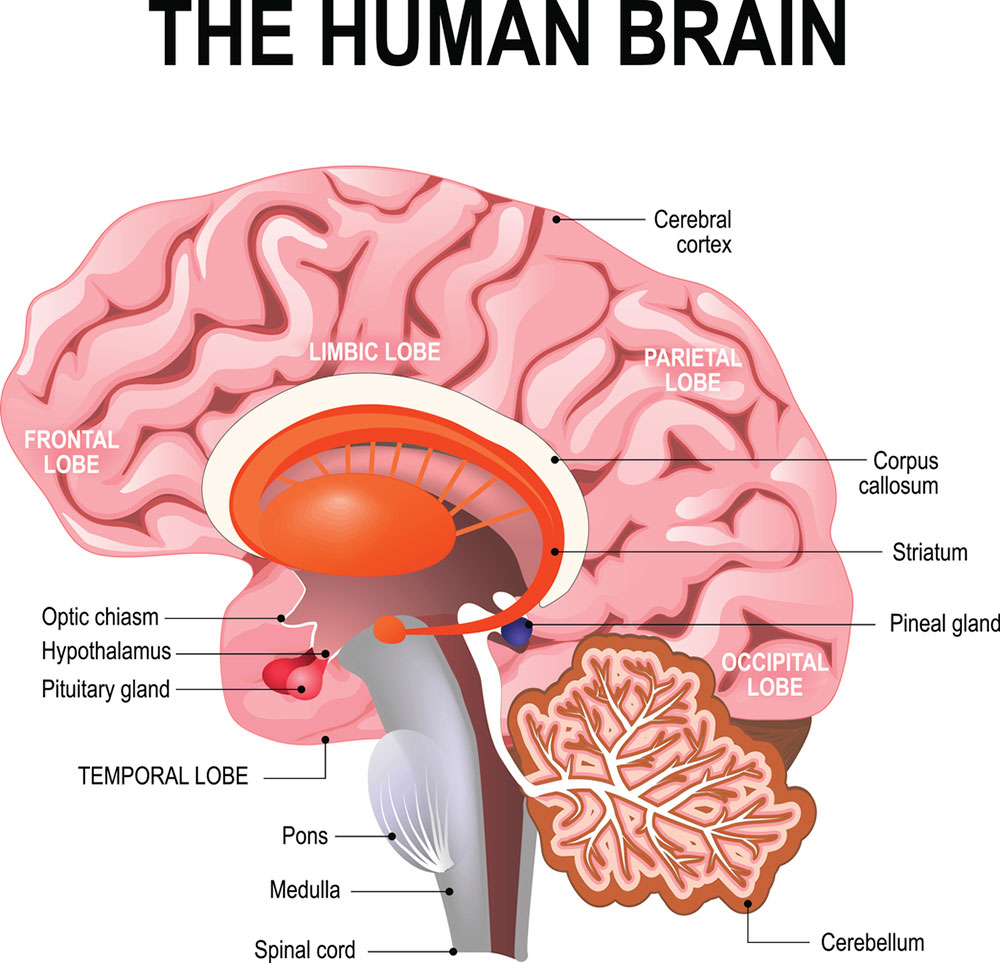 Finally, the arteries that feed brain begin to shrink and narrow decreasing the amount of blood and nutrition getting to the brain and reduce our ability to keep toxins out. For some individuals, increased inflammation and the formation of “free radicals” (or toxic molecules) can damage brain cells, leading to the development of Alzheimer’s or Parkinson’s.

Before you begin to despair, know that these changes occur gradually over time and typically result in a minimal loss of function. We also know that the brain has the capacity to build new neurons and neural synapses even as we age. This ability to create new connections, known as neuroplasticity, is fueled when we learn new things and challenge our brains. This is where our yoga practice can make a difference.

Your Brain on Yoga

Our brain plays an essential role in keeping our bodies alive as it is connected to all the other organs, structures and systems of our body. We shouldn’t be surprised, then, that what we do to keep our organs and body systems healthy positively effects our brains. In fact, some studies indicated that for our brains, physical exercise can be more important than mental exercise! Regular exercise not only increases cardiovascular health, which impacts the amount of blood flowing to the brain, but also trigger regeneration of nerve cells, especially in the brain’s memory centers. A well-rounded yoga practice also provides these benefits in addition to fostering muscular strength, flexibility, balance and increased stamina. 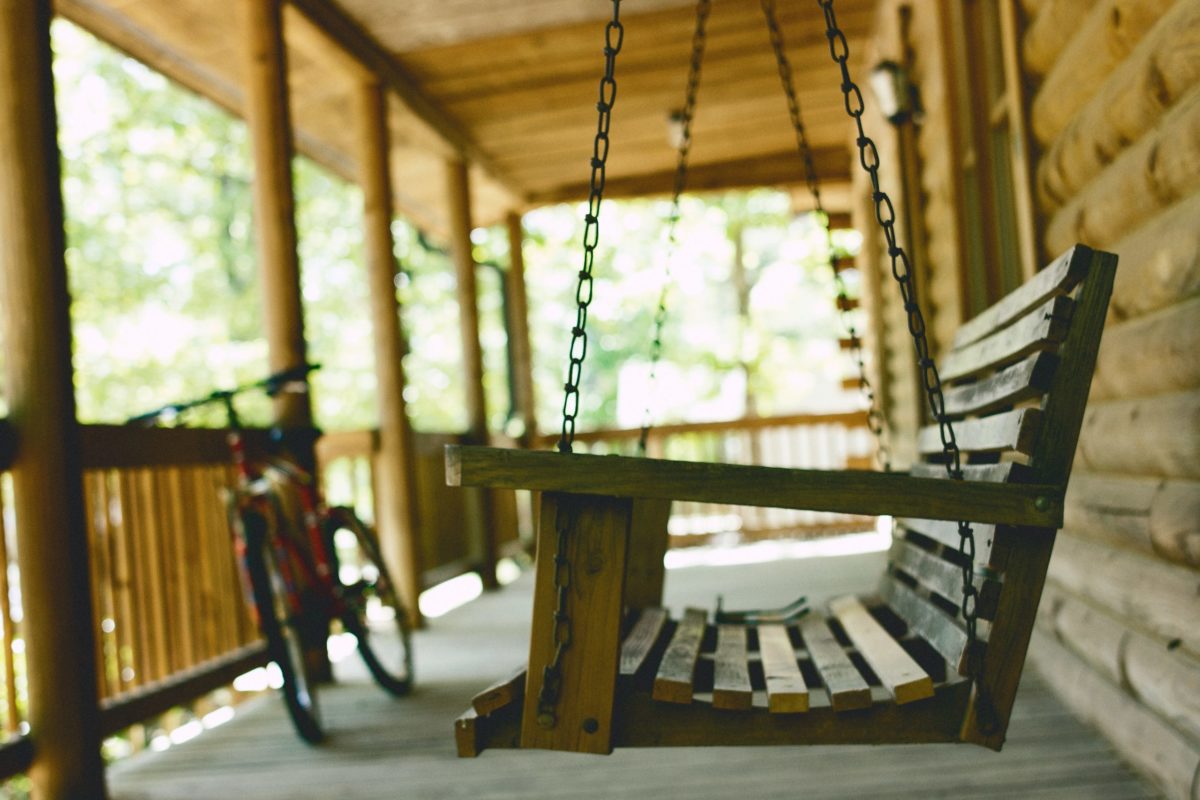 One of the significant ways yoga supports brain health is by reducing chronic stress. Chronic stress exposes the brain to hormones that weaken blood vessels, kill off neurons and contribute to other neuroplastic changes. Specifically, chronic stress shrinks the hippocampus, a key memory center in the brain also effected by aging. Stress also speeds up the normal aging of other cells that effect the structure and function of your brain. Yoga practices, like slow, mindful breathing, trigger the switch from a stress response to a “rest-and-digest” response. Not only that, but brain scans have also shown an increase in the volume of gray matter in the hippocampus in yoga practitioners. More gray matter means better functioning.

In addition, reducing chronic stress lowers inflammation. Inflammation is linked to conditions such as depression, anxiety, dementia, and even schizophrenia. Utilizing your yoga practice to manage stress levels supports your mental health as well as the overall health of your nervous system. Stress management techniques, such as meditation and pranayama, serve to both prevent and reduce inflammation. 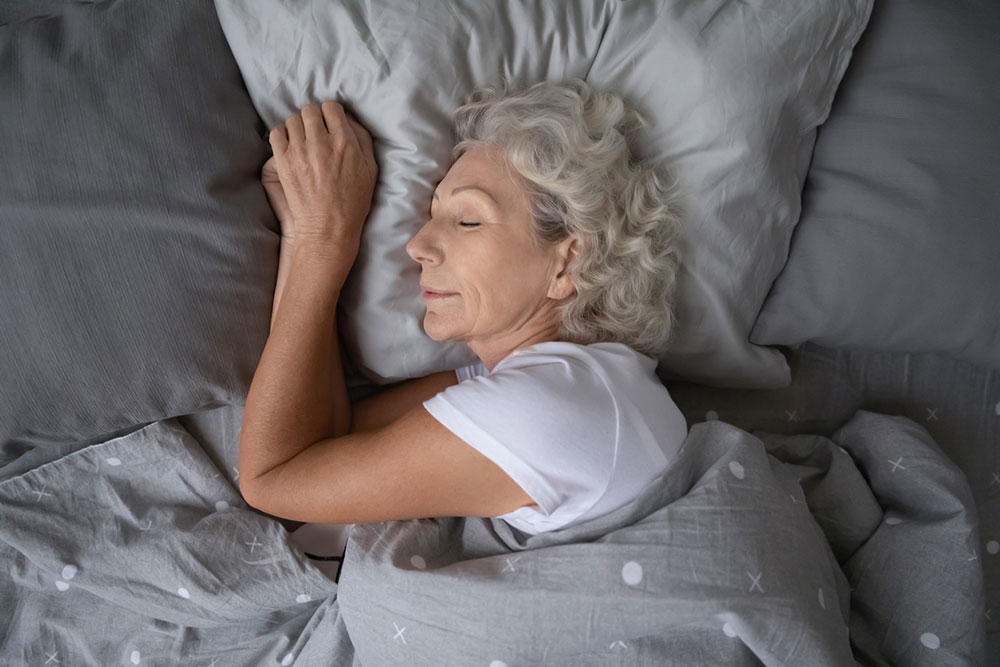 Practicing yoga regularly can help to reduce sleep disturbances. In studies, yoga practitioners fell asleep quicker, slept longer, and fell back to sleep after waking up at night more easily. Chronic sleep disturbances have serious effects on our brains, impairing memory and accelerating mental decline. Further, lack of sleep can lead to hypertension and irregular heart beat, causing poor blood flow into the brain and making our bodies more susceptible to disease and infections. Maintaining good sleep habits can help to clear toxins from the brain which some scientist believe is the real purpose of sleep. Many studies point to the effectiveness of yoga and other mind-body therapies in treating insomnia and promoting better sleep. 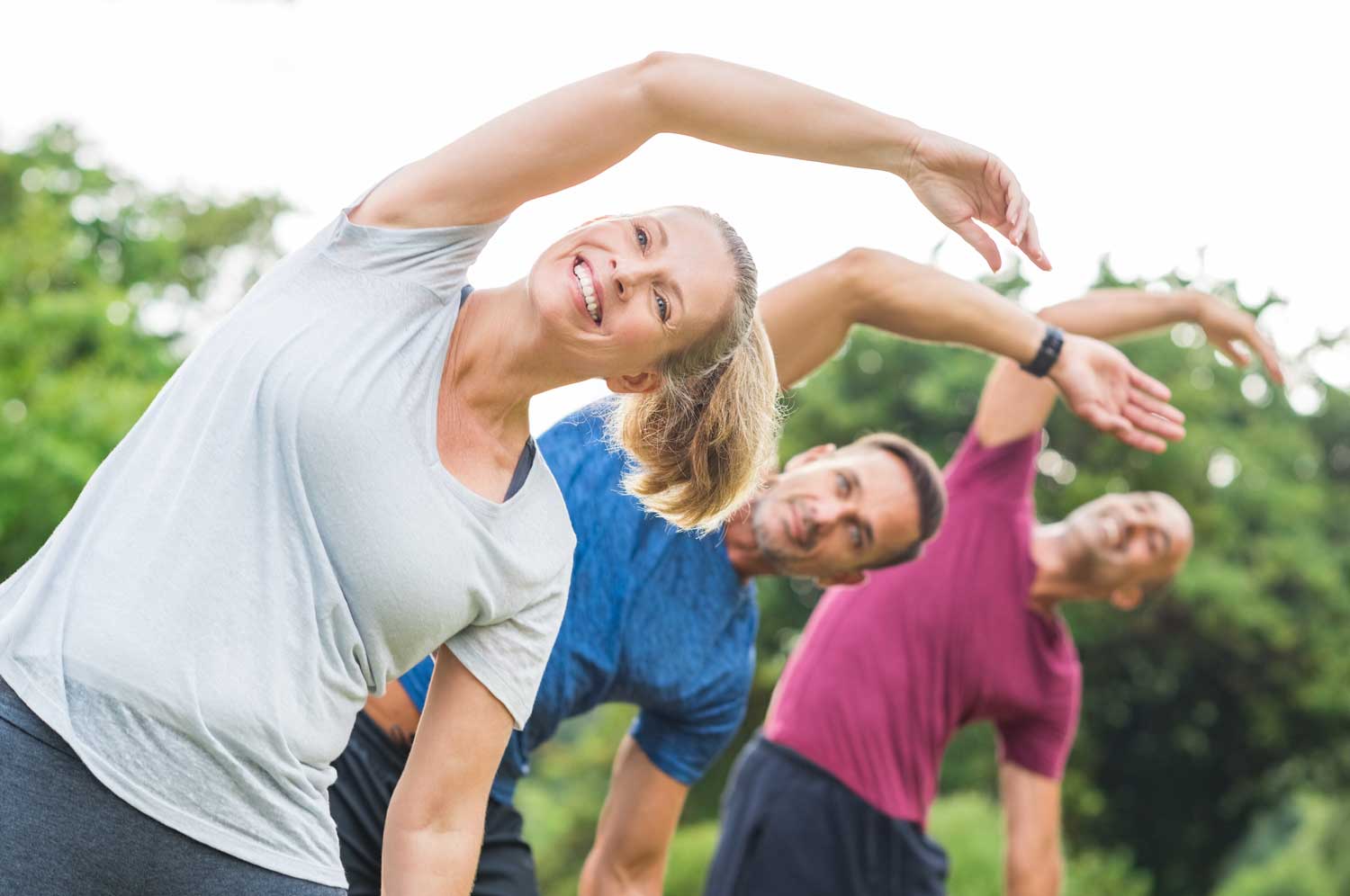 Our brains love novelty and repetition. Just as our bodies build muscles through movement, our brains build new neurons through mental exercise. Learning a new yoga sequence or pose challenges the brain and helps build new neural connections. In the same way, recalling a familiar sequence sharpens our mental capabilities.

Research on meditation has skyrocketed in recent years as scientists seek to understand the physical and functional changes in the brains of meditators. In fact, a 2019 review paper of studies on how yoga effects the brain reported several interesting trends. First, brain scans of yoga practitioners exhibited an increase in volume in areas of the prefrontal cortex, the seat of higher order thinking. Increased volume is associated with better cognitive skills. Further, they observed greater connectivity in parts of the brain responsible for processing memories and emotions. Can’t remember where you left your car keys? Perhaps engaging in a regular meditation practice can help! 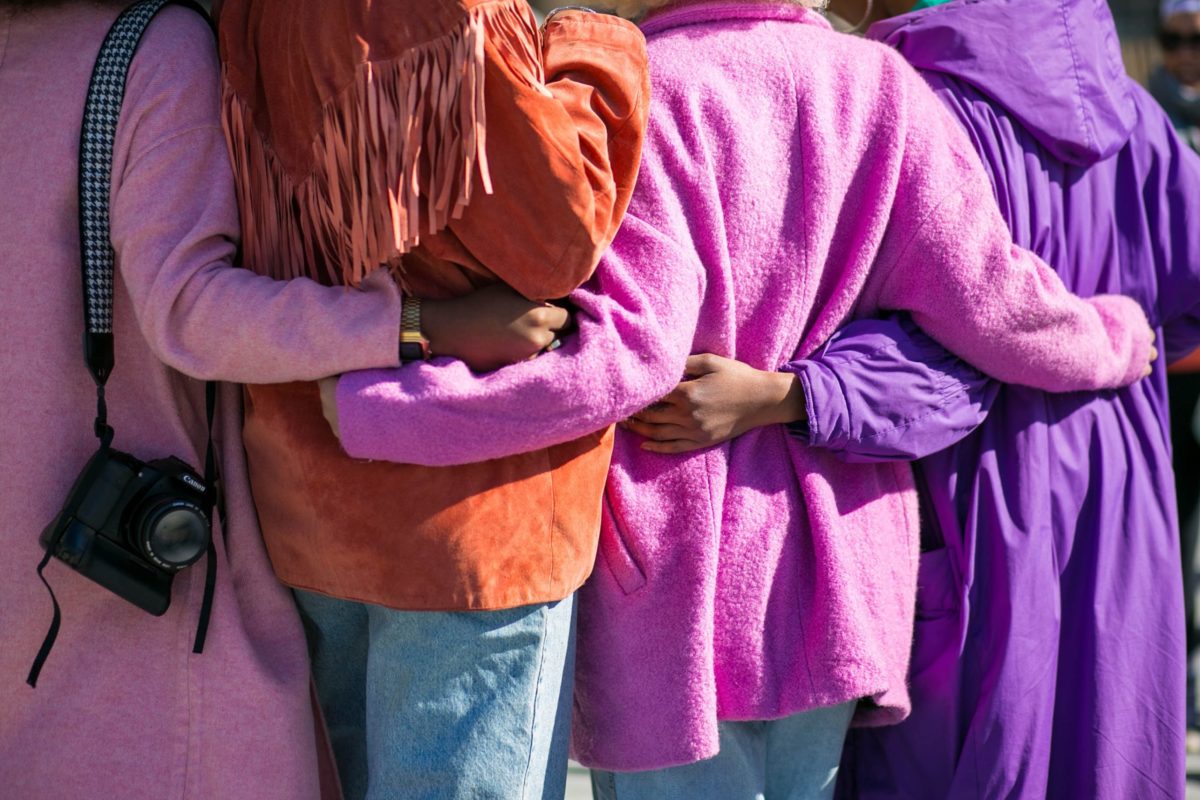 Staying socially active as you age reduces risk of depression and can help delay the onset of dementia. Being socially active requires planning, participation, attention and alertness. I’ve seen many students form new friendships with people they met at yoga class. These connections help build healthy new brain cells as well as connections between them.

A regular yoga practice provides a powerful tool set for keeping both our bodies and brains vibrant as we age. And you are never too old to start! Be well!