The Battle of the Bulge: Winning the War against Age-Related Weight Gain with Yoga

Dread stepping on the scale at your annual physical? Cringe when looking at the photos of yourself from your niece’s wedding?

Unwanted pounds seem to accumulate as we move into our 50 and 60s. Despite exercising and eating a healthy diet, older bodies don’t respond to our weight loss efforts as easily as they did in our 30s. While yoga is not a band-aid for excess weight, it is a valuable tool in the middle-age “battle of the bulge.”

First, it’s useful to acknowledge that weight gain is a natural part of the aging process. In fact, statistics show that on average, U.S. adults tend to gain 1-2 pounds per year as they age.

The problem lies, therefore, in that incremental weight gain can result in significant weight changes and even obesity. Obesity increases an individual’s risk for other medical problems, such as type 2 diabetes, hypertension, cardiovascular disease, sleep apnea and osteoarthritis.

Another factor contributing to age-related weight gain is the body’s ratio of fat to muscle. The amount of lean muscle we have naturally begins to decline by 3-8% per decade after age 30, a process called sarcopenia. Because lean muscle uses more calories than fat, we tend not to burn calories as efficiently. Being sedentary (often due to age-related health conditions like arthritis) coupled with high stress levels make us less active, further compounding weight gain.

For women, changing estrogen levels during menopause typically result in average 5 lb. weight gain. Why? Lack of estrogen causes women’’s bodies to use starches and blood sugar less effectively. As a result, excess starches and sugars increase fat storage and make it harder to lose weight. Additionally, because hormonal changes cause mood fluctuations, for many women it also becomes much harder to stick to a healthy diet and exercise routine. 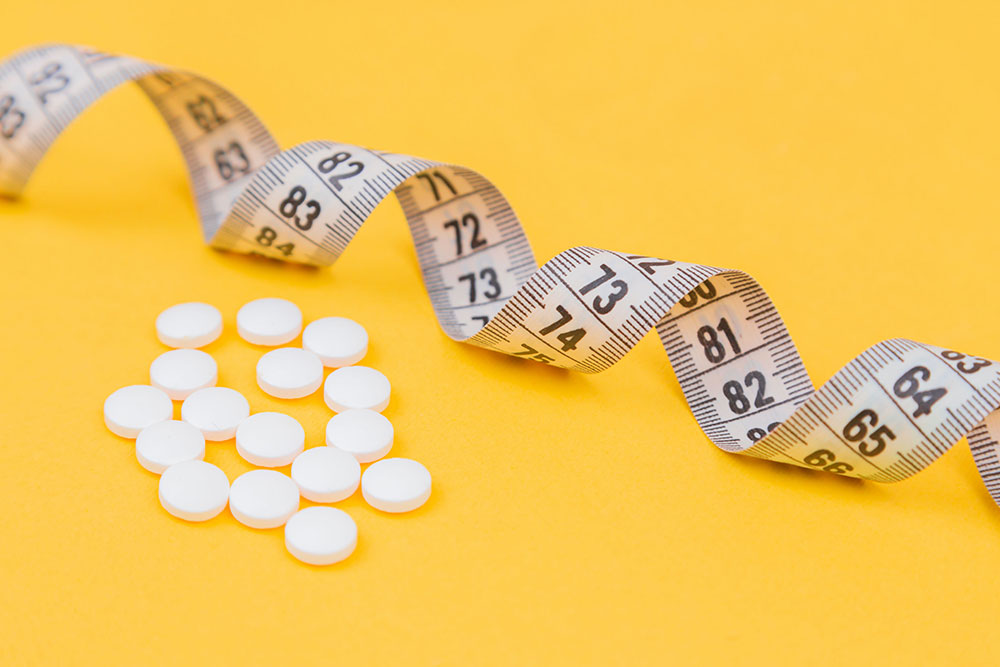 Wouldn’t it be nice if a few downdogs was the answer to shedding those extra 10 pounds? Let’s be clear: weight is highly influenced not only by the age-related changes described above, but also by factors such as genetic makeup, level of physical activity and food choices. But since being active is a key component to health weight management, yoga is a gentle and effective choice, as researchers have discovered.

A 2005 study led by researchers at Fred Hutchinson Cancer Research Center found that regular yoga practice may help prevent middle-age spread in normal-weight people and promote weight loss in those who are overweight.

First, researchers found that practicing yoga for 4 or more years, for at least 30 minutes once a week, was associated with a 3.1-pound lower weight gain among people who were normal weight at age 45. Next, overweight individuals who began to practice yoga saw an average five pound weight loss. By contrast, overweight non-practitioners gained an average of 13 pounds.

To be clear, yoga is not a band-aid for excess weight. However, it can be a powerful tool and aid in addressing some of its underlying causes. Be sure to reach this post to learn about the added benefits of including yoga in your weight management plan. Be well!