Seeing Beyond the Physical: The Third Eye Chakra

While our fifth chakra, the throat, related to space and sound, the sixth chakra in the rainbow lives in the realm of light. Often referred to as the “third eye” or brow chakra, the sixth chakra governs our ability to see and perceive the world around us. Let’s take a more in-depth look at the second of the “spiritual chakras.” 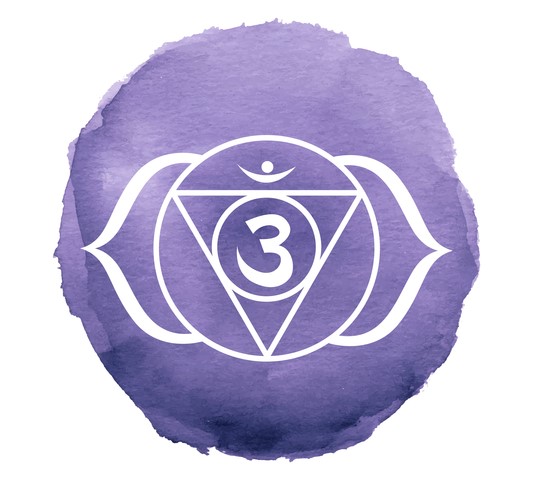 Where is the Third Eye Chakra?

Unlike the five lower chakras which are situated in the body, the sixth chakra is located in the head. Found in the space between the eyebrows, it encompasses the eyes, head, and lower part of the brain. This is the area of the cavernous plexus of nerves for the face, eyes, ears, and sinuses and of the pineal gland.

Located deep in the center of the brain, the pineal gland is a small, pinecone-shaped gland. Its primary responsibility is the production and regulation melatonin. Melatonin helps to regulate our sleep-wake cycle, or circadian rhythm. Not surprisingly then, the sixth chakra is associated with the element of light and the color indigo. Its symbol is a lotus with two-petals.

Where Are Its Key Characteristics?

The Sanskrit name for this chakra, Ajna, means “to perceive” and “to command.” While related to our physical ability to see, it also represents our “sixth sense” or intuition. In Eastern philosophies, it is known as our ‘third eye’ or spiritual center. The third eye sees beyond the physical world, using memory and the psychic powers of perception. The third eye interacts with the rational mind in order to deepen our intuitive insight to see beyond the veil of illusion that is called “Maya.” It forms the center of our imagination, thought, memories and self-awareness.

According to Anodea Judith in her book, Eastern Body, Western Mind, Ajna develops during adolescence. This stage marks the struggle with issues of identity vs. role confusion. Young people seek to establish a meaningful personal identify, particularly in the context of peers and cultural influences. As Judith notes, in this stage adolescents reexamine the identity initially formed in the fourth chakra. When successful, they embody calmness, self-awareness, and foresight. Not controlled or limited by the mind, they learn to distinguish truth from illusion. As a result, intuition facilitates wise decision-making grounded in reality rather than fantasy. In addition, they possess more insightful and understanding of themselves, of others, and of life in general. 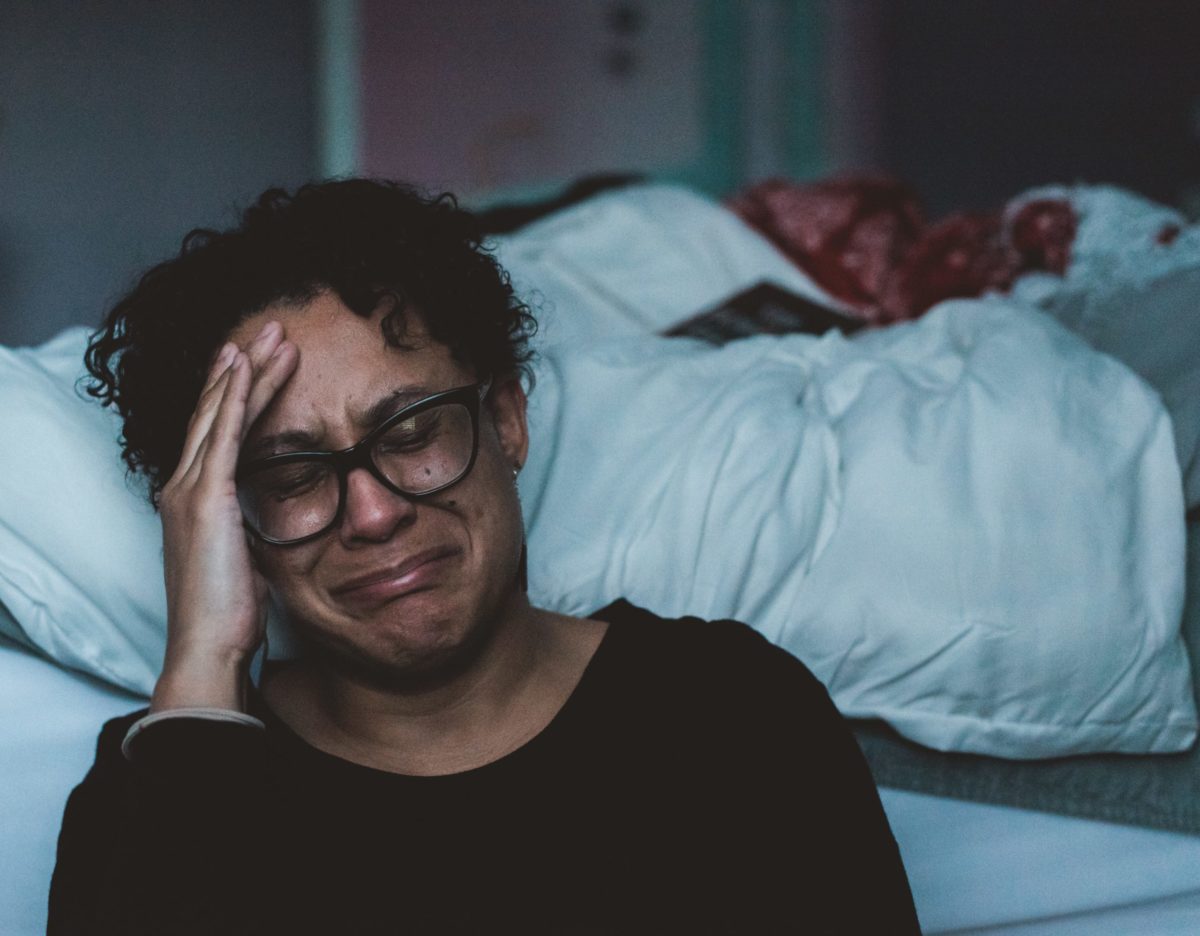 What Happens When Ajna is Imbalanced?

An open sixth chakra can enable clairvoyance, telepathy, lucid dreaming, expanded imagination, and visualization. By contrast, when the third eye chakra becomes blocked or imbalanced, individuals tend to struggle with problems such as closed-mindedness, cynicism, anxiety, depression, paranoia, and various other mental illnesses and mood disorders. Other signs of third eye chakra blockages or excesses include the following: 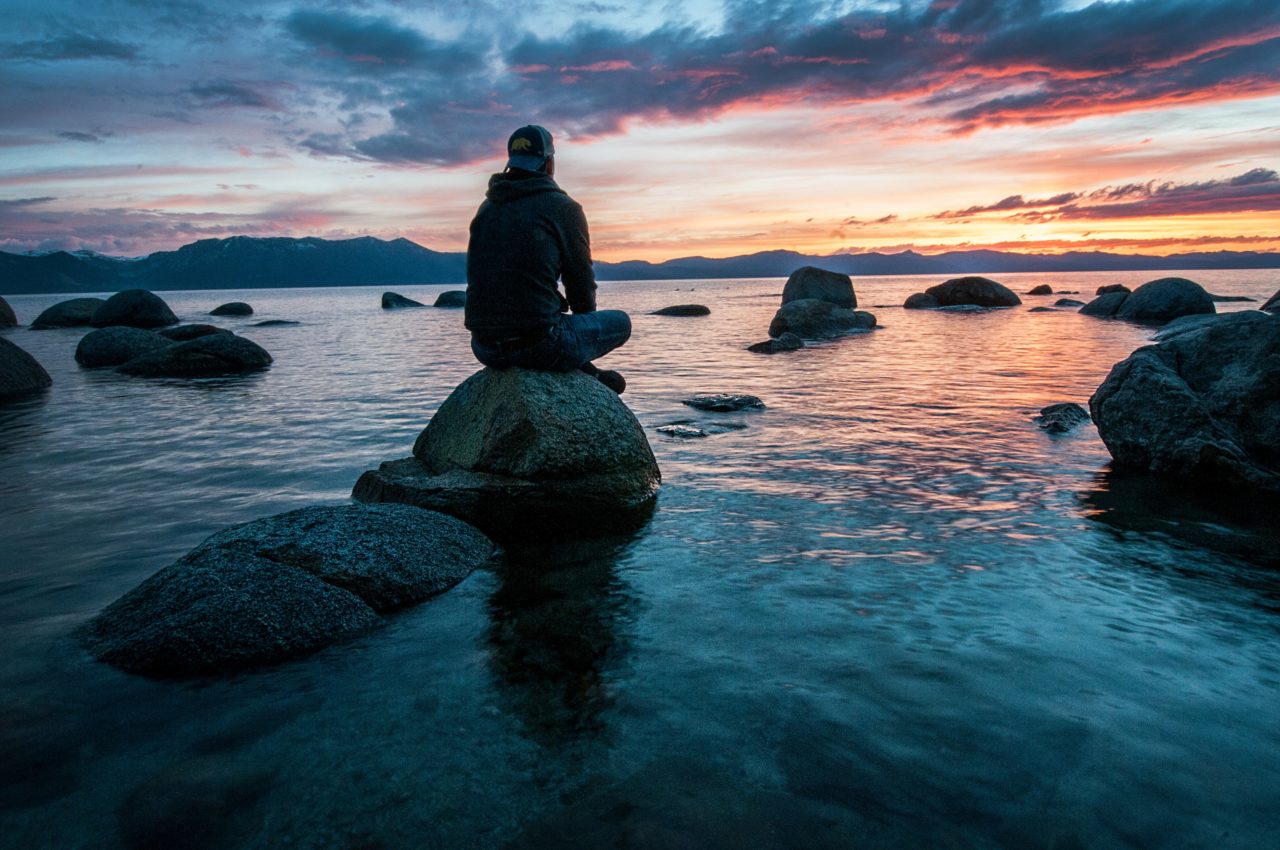 The best ways to balance Ajna is through meditation. Often, new meditators will report having a tingling feeling in the third eye or equate it to a headache. A tingling or pulsating sensation around the area of the third eye during or after meditation is a sign that you are opening this blocked chakra. Consider also using the following practices to bring healing and balance to your sixth chakra:

On a physical level, light awakens the pineal gland which improves the function of the third eye. As you spend time outside in the sun, you may notice that your mind becomes much clearer. If getting natural sunlight is challenging because you live in a dark or cold climate, try light therapy. And don’t forget to pay attention to your surroundings. Being grounded in reality can also help to clear blockages in the third eye.

A problem commonly associated with a blocked third eye chakra is being rigid or closed-minded. To overcome this, seek out new perspectives and viewpoints through reading books, engaging in activities outside your comfort zone or even eating new foods.

To alleviate tension in the head and open the sixth chakra, try the pranayama breathing technique called Brahmari or “the bee breath.” Bring both hands to your face. Place the two middle fingers over your eyes. Allow the index fingers to rest on the eyebrow line and the ring pinky fingers under the cheekbones. Close your ears with your thumbs. Take a deep inhalation and exhale the word AUM with the emphasis on the “M” sound while creating a buzzing sound like a bee. Do this for two minutes or more.

Yoga for the Third Eye

Balance the third eye by doing poses that stimulate the eyebrow center. Practice poses like standing forward bends, Downward Facing Dog, Child’s pose, Head-to-Knee pose and Dolphin pose. Resting the eyebrow center on a block or the floor enhances the affect of these poses on the brow center. Less strenuous are yoga eye movements. Easy, yet powerful, eye exercises strengthen both the muscles around the eyes as well as the third eye. 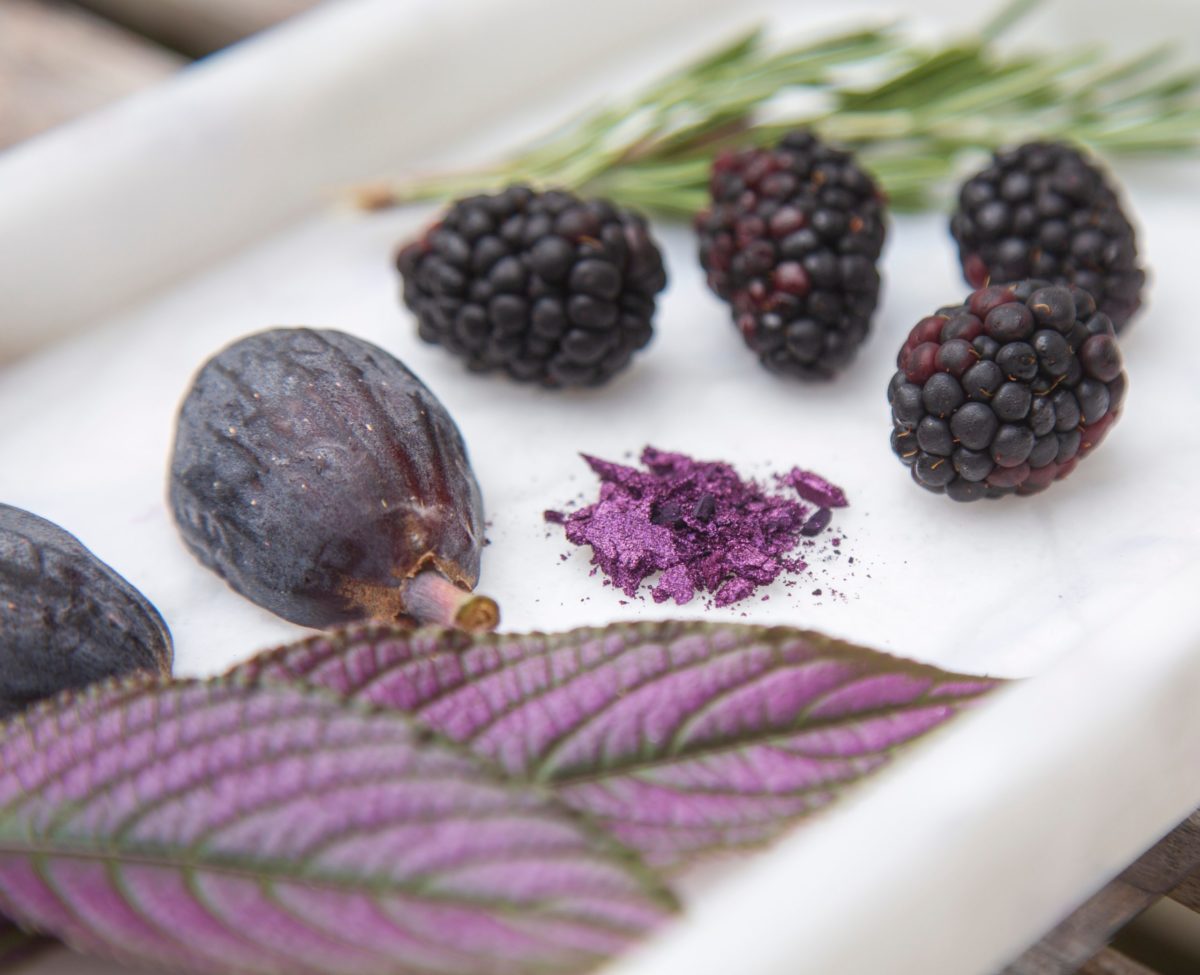 As with the other chakras, eating foods that correspond in color, in this case purple, is nourishing. For the brow chakra, favor fruits like prunes, dates, blackberries, figs and raisins. As for vegetables, eat more purple cabbage, purple kale, purple carrots and purple potatoes.

To boost the third eye during meditation, apply a drop of essential oil directly to the forehead or to the palm of your hand and inhale. Rosemary will open a sleeping third eye, while German chamomile will stabilize and focus it. Frankincense or sandalwood are good choices to maintain a clear and balanced third eye chakra. Try diffusing any of these oils to create a serene, meditative atmosphere.

Next, we’ll complete our journey along the chakra rainbow as we examine the seventh chakra. As the last of the spiritual chakras, the crown chakra represents our connection to spirituality and our Divine source.

To learn more about the other chakras, read my blog, “Navigating the Rainbow: A Beginner’s Guide to the Chakras.”